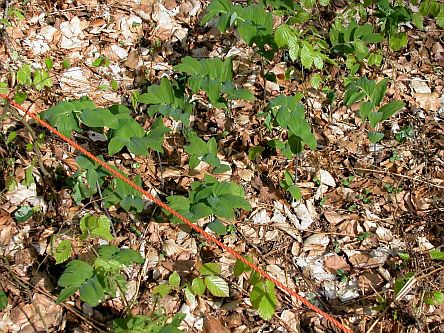 The Life+ / FutMon action L2b (C1-NFI) made it possible to assess the amount of deadwood in the regional ICP Level I plots in Flanders.

Reference definitions on dead wood were compared with regional definitions. Attention was paid to the definition of the coarse woody debris and the decay stages. Statistical analysis of deadwood volumes was carried out on data from 72 regional Level I plots. Coarse woody debris was measured in the plots, using national and reference methods, respectively line intersect sampling (LIS) and piecewise measurements (Field-Map/FM).

On the regional scale of Belgium/Flanders (> 2000 plots in the FFI), bridging seems not to be necessary. To estimate the total volume of dead wood, the use of line intersect sampling could be justified because it is less time consuming compared to a piecewise measurement. But still the method is criticised. Some countries do not recommend to assess deadwood volumes with LIS when there are wood accumulations in the forest and some doubt if it is recommendable on hilly sites. It is also not to be used to estimate the deadwood volume of stumps. Besides these circumstances where LIS should be used with caution, it is still a defensible and cost-efficient technique. This is especially true when the goal is to estimate regional averages of volumes of coarse woody debris. For more detailed studies, such as monitoring in forest reserves and estimates of coarse woody debris at individual plot level, a piecewise measurement is more appropriate.

The collection of data on woody debris has only recently been started in the regional forest inventory plots. Further research on deadwood is recommended. For instance, in some countries a high proportion of the deadwood volume is represented by stumps. In the Flemish region, stumps are not included in the FFI. At this moment fine woody debris and small (dead) trees are also not included in the forest inventory (min. diameter is 7 cm for both). 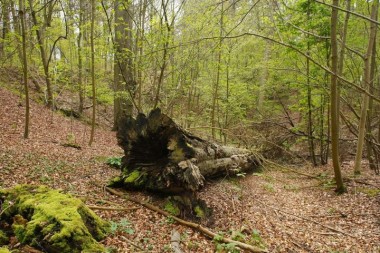