Invasive alien species (IAS) are considered to be one of the most significant causes of biodiversity loss worldwide. The economic impacts are also severe, with an estimated annual cost of at least 12 billion Euros across Europe. IAS are being introduced at increasing rates, in tandem with the global movement of people and goods. Once established, IAS can be extremely difficult to remove.

Given the interconnectedness of our modern world, it is important that we work together, across borders, to develop ways of preventingand managing IAS. The EU Regulation 1143/2014 on Invasive Alien Species obliges all EU member states to take steps towards managing and preventing the spread of invasive alien species.

The RAPID Life Project (Reducing and Preventing IAS Dispersal) and the Belgian Forum on Invasive Species (BFIS) together organized an event in Brussels to facilitate the exchange of information on IAS prevention and management between stakeholders in different European countries. The event looked at the ways in which the EU Regulation 1143/2014 on Invasive Alien Species is being implemented in different EU member states, and brought together EU Life Projects working on IAS in different European countries in order to share information and encourage collaboration.

The presentations can be downloaded here:

RAPID Life (Reducing and Preventing IAS Dispersal) is part of the EU’s Life program, is a 3-year project (2017-2020) that aims to bring an innovative, holistic approach to the management of IAS in aquatic ecosystems (freshwater, riparian, and coastal) in England, whilst demonstrating the efficacy of this approach for replication across Europe. RAPID has engaged regional stakeholders in the production and implementation of five Regional IAS Management Plans (RIMPS) that aim to deliver consistent, regionally tailored prevention, early warning, rapid response, eradication and control of IAS throughout England. RAPID has also produced education and awareness-raisingresources on IAS prevention and management for a variety of user groups, and has helped to update and promote the “Check, Clean, Dry” biosecurity campaign. The RAPID Life project is being led by Great Britain’s Animal and Plant Health Agency (APHA).
>>more information

The Belgian Biodiversity Platform facilitates science-policy processes on IAS through activities of the Belgian Forum on Invasive Species (BFIS), a community of practice on invasive alien species in which scientists, policy-makers and stakeholders interested in biological invasions are involved. The experts of this community of practice are involved in key activities supporting decision-making on IAS, actively participating in the implementation of the EU Regulation on IAS in Belgium and being a key partner in Belgian initiatives related to IAS such as the TrIASproject.
>> more information 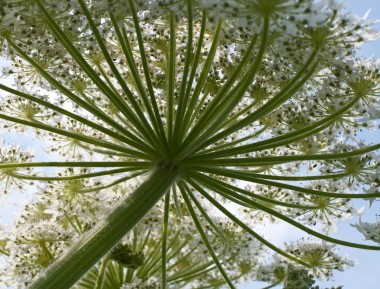